The Trailer Park – X-Men: Days of Future Past

It’s here! The official trailer for X-Men: Days of Future Past has been released. Which for a film that’s being released in May 2014 is pretty early so expect about six thousand more variations on it over the coming months. But forget all that, watch the trailer below and we’ll look at a few shots from the trailer that caught my attention. 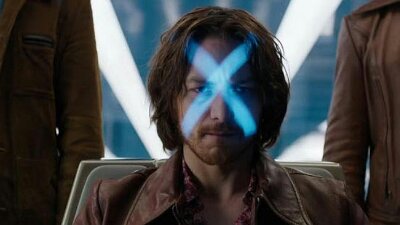 Professor X in the 1970s was one cool dude. Look at that hair, beard, brown leather jacker combo. Why the 70s? Well this X-Men movie takes place in two periods of history – three decades ago and the near future. Which means you have the casts from the three previous X movies and the prequel X-Men: First Class in the same film. This could either turn out to be the best Marvel movie ever or a total mess. Fingers crossed X fans. 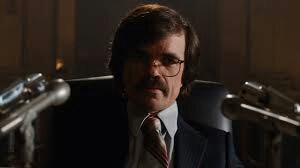 Game of Thrones star Dinklage plays Bolivar Trask who, if you know your comics, is the man who invented the mutant-hunting giant robot sentinels. We don’t get to see these mechanical monsters in the trailer but I’m cautiously optimistic they’ll appear in the movie in a big way. Dinklage’s appearance also highlights the size and quality of the cast – Jackman, McAvoy, Fassbender, McKellen, Stewart, Lawrence, Berry. Oh and Shawn Ashmore back as Iceman!

3. Wolverine seems to be the focus of the film

I learned something new from the trailer in that it deviates from the comic it’s based on in a big way. The original comic story had Kitty Pryde’s consciousness travel back in time to warn the X-Men about an oncoming disaster in the future. The film though, looks to have Wolverine somehow quantum-leaping into his body in the 70s to do the same thing and I’m not sure how I feel about that.

4. Jennifer Lawrence is back as the nude, blue, shape shifter Mystique

What do you think? Looking forward to the movie? What superpower would you like to have? Let me know below and I promise I won’t butcher you with my adamantium claws. I might laugh at your poorly thought out opinions though. You have been warned.