Gravity – Review in a Hurry 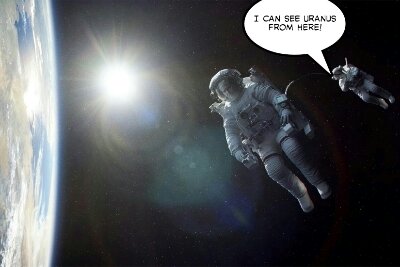 Gravity from acclaimed director Alfonso Cuaron was released on the 4th November in the UK. But for some strange reason it had already been released in America a month earlier. Basically we got the mediocre Thor: The Dark World early and the yanks got Gravity. This means you’ll most likely have seen a hundred reviews for Gravity and probably don’t need to read another one. Hence the Review in a Hurry.

This time the review comes from reader Rachelle Jannetta, a lady famous for her strong opinions and habit of borrowing books and not giving them back for years. Here’s what Rachelle thought of gravity: 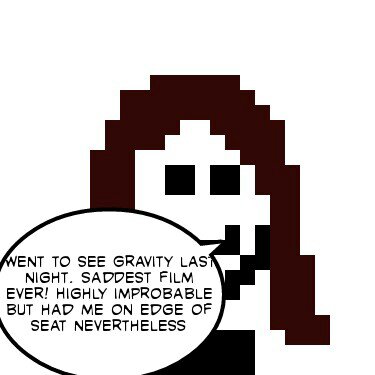 There you have it. If you want more of Rachelle’s opinions on anything from films to weird fruits you can follow her on twitter as @RJannetta

If you would like to submit a Review in a Hurry just drop me an email. I’ll even draw a super-realistic picture of you like the one above. I look forward to hearing from you potential reviewer!