For this review I’m thrilled to welcome the Screenkicker Podcast’s own resident misery-guts Chris to review Dallas Buyers Club. Will the notoriously hard to please Scotsman love it like everyone else did? Read on to find out, you might be surprised (you won’t be).

Like almost everyone going to see Dallas Buyers Club I went in with high expectations. Expectations built up by the Oscar buzz for it’s lead star Mathew McConaughey (MM), the Oscar buzz about it’s supporting star Jared Leto and the column inches about MM’s physical transformation (he shed 3 stone for the role). With all this buzz buzzing around my head I entered the cinema prepared to be overwhelmed, which to be honest is never a good way to enter a movie, because if history has taught us anything, it is that few movies rarely match their hype.

Starting off in 1985, Dallas Buyers Club (DBC) is based on the real life story of Texan ‘pussy chaser’ Ron Woodroof, a man who is diagnosed with the HIV virus. With the doctors giving him only 30 days to live he is inspired to embark upon a personal mission to find the medication he needs to help prolong his life, medication that is not available in the US. Along the way he meets Rayon (Jared Leto) and they set up the eponymous ‘Dallas Buyers Club’: a membership club that provides medication not licensed in USA.

Lets deal with the buzz straight off – MM is excellent in this film, but are you surprised? After all MM has been excellent in everything since the ‘McConaissance’ started with ‘The Lincoln Lawyer’. Not only does MM give an impressive performance but also his physical transformation is remarkable. The once sun tanned and muscular Texan plays a chain smoking, coke snorting, prostitute using, emaciated rodeo rider, and to see his slight frame is quite breathtaking. Jared Leto is ok as transvestite ‘Rayon’ (ironically Mr Leto looks more masculine in this than any other role he has played) but one can’t help but wonder whether all the buzz about his performance is rooted in his physical transformation than his actual performance.

Performances aside, the biggest issue with this film is the script. We are introduced to Ron Woodroof whilst he is engaging in a threesome with 2 ‘rodeo groupies’ we then see him swigging whisky and making a run for it after robbing 10 gambling cowboys. In these opening scenes we are left in no doubt this man is a woman chasing, substance-abusing, homophobic hick. Indeed, upon hearing about his illness for the first time he responds to the Dr by saying ‘Call me a homo again I’ll whip your ass’ (or something along these lines). However within days of his diagnosis and via a trip to his local library Ron becomes both a human rights campaigner and an astute businessman, this doesn’t feel like the same cowboy we met shagging 2 woman at once but days before! I feel this is where the film falls down, the character of Ron appears to do a complete U-turn, and whilst MM is excellent throughout his character arc is quite unrealistic – or certainly feels so in a 2-hour film. Whilst some of Woodroof’s rodeo traits do resurface at points it feels a stretch to believe the same man that seemed shocked to find out that not only gay men could contract the HIV virus could go onto write a medical report about the negative health effects of AZT (an HIV drug treatment).

Jennifer Garner stars as Eve, a Dr at the Dallas hospital. Mrs Affleck does fine in a role that doesn’t challenge, her subplot is rather weak and it feels like her role was perhaps included to get another ‘known face’ into a film that struggled to raise the money needed to get made. In fact the film does have a low budget feel about it. Many scenes take place in the same locations with characters wearing the same wardrobe, plus the obvious use of green screen to place MM in various countries across the globe, says much about the limited budget. But this isn’t a film that needs a big budget and set-pieces, it is about characters and performances and the film does well in representing (now) outdated Deep South views on homosexuals and the AIDs outbreak. Some of the film’s best scenes are when these issues are explored – including an electric scene in a supermarket when Ron bumps into a former friend who assumed he’d be dead because of his ‘pansy pulling’ illness.

This film is quite conventional in its approach and the cinematography is effective, however the sound design is another misstep. Whenever Ron begins to feel unwell the audience are treated to a tinnitus-like whine – to emphasise the point the central character is unwell…REALLY UNWELL…….WHIIIIIIIIINE. This is spider sense ‘whine in the head’ technique that is overused and grates quickly, and threatens undermine some of the good work MM does on screen.

In summary DBC is…well just OK. It is competently made, with solid performances. McConaughey is good once again, but his Oscar friendly performance doesn’t impress like his turn in Mud did. In my opinion the film never manages to overcome its central flaw: Ron Woodruff is established as a trailer trash hick and he too quickly becomes a man who dresses up as a priest and takes on the Federal Drug Agency. Yes it is based on true story, but in a 117 minute movie this character U-turn is a stretch too far – Mr McConaughey regardless of how good you’ve been lately, I’m just not buying it. 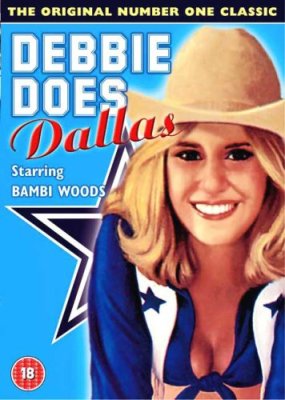 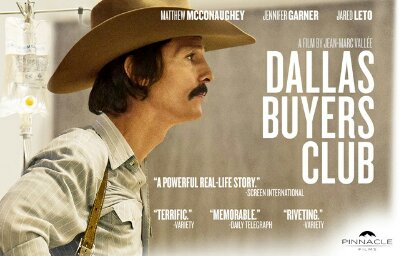 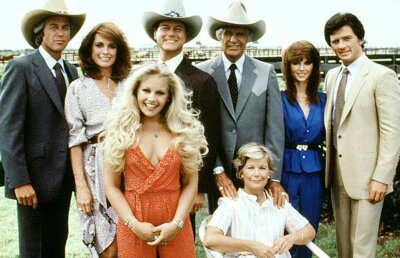