I know that guy! – Game of Thrones Special

With the fourth season of the excellent Game of Thrones coming very soon I thought it might be time to resurrect the Hey I know that guy! feature on Screenkicker. Basically I point out actors and what weird and wonderful appearances you might recognise them from. Some you may know, some you might not so let’s dive right in!

‘What a little shit’ is usually the reaction King Joffrey gets from anyone who isn’t a sociopath. The crossbow wielding, infinitely punchable, royal douche is a spectacular asshole that you might recognise from another movie. Yes that’s right he was the poor little boy in Batman Begins! Bats gives him what is presumably an ultra-expensive high tech piece of equipment and later saves him from crazies.

Jeor Mormont – Every Scottish film ever 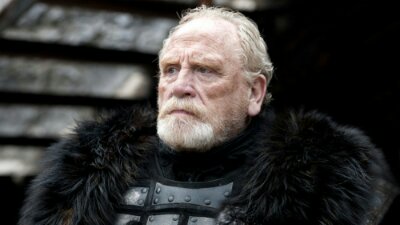 James Cosmo play Night’s Watch Lord Commander Jeor Mormont. As well as having a spectacular beard Cosmo is possibly the most Scottish person ever. Rumour has it when he was born he popped out in a kilt, wielding a broadsword and a bottle of Buckfast. He’s been in Braveheart, Trainspotting, and Highlander amongst others. Basically all Scottish films ever. Strangely he has a northern English accent in GoT.

Fun fact – Cosmo acted in the awful TV series Soldier Soldier with the next person on the list….

Jerome Flynn plays Bronn, bodyguard of Tyrrion Lanister. If you were alive and had ears in the 90s in Britain you’ll know who Robson and Jerome were and you’ll have regretted having the aforementioned ears. For those of you lucky enough not to know them R&J were a singing duo that only did horrible saccharine song covers from the 60s. Their Hits include a butchering of Unchained Melody, a vomit inducing Up on the Roof and the truly evil Saturday Night at the Movies.

Fun fact – Robson and Jerome were created and managed by none other than world class prick Simon Cowell. 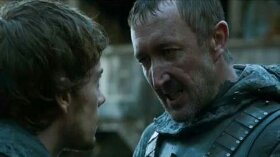 Played by Ralph Ineson, Dagmer Cleftjaw is the deep voiced guy that screws over Lily Allen’s brother and promptly disappears. Ineson was known in Britain before this a David Brent’s horrible, mysoginistic, foul mouthed friend Chris Finch. Finchy is remembered for lines such as ‘Give me half hour with her I’d be up to me nuts in guts’. Fans of the American version of the Office will know that Finchy became Todd Packer when the show crossed the pond.

Fun fact – Played Amycus in Harry Potter and the Half Blood Prince. 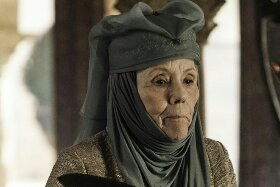 Anyone who was at Stirling University will recognise the one time Chancellor of the uni also know as Diana F**king Rigg! Sexy star of such classics as The Avengers, On Her Majesty’s Secret Service, The Great Muppet Caper, and my graduation! Diana handed me my degree and shook my hand. We obviously had a lot of chemistry and wowed the crowd with our brief encounter. Sadly society isn’t ready for the age gap we had. Anyway she’s excellent in GoT.

Are you excited about season 4 of Game of Thrones? Did a celebrity attend your graduation? Do you own a Robson and Jerome CD? Let me know in the comments below!