I’m very pleased to introduce another review from Lil’ Chris Bridges, star of the Screenkicker podcast (he’s the Scottish one). Chris is well known for not liking anything. Can a movie about love between man and machine melt his heart? Read on to find out.

Spike Jonze’s new film ‘Her’ quietly tip toed into UK cinemas somewhat appropriately on Valentine’s Day. Starring Joaquin Phoenix, Amy Adams, Rooney Mara and featuring the voice of Scarlett Johansson, ‘Her’ tells the story of Theodore, an introverted writer in the final stages of his divorce. Set in LA in the not too distant future, the story follows Theodore as he begins his first serious, post break-up relationship. This relationship is with a computer operating system.

You still with me…? Good. This film is undoubtedly a science fiction film, however it is also undoubtedly a love story. Like some of cinema’s best romantic movies it explores an age-old subject – what does love mean? And akin to some of cinema’s best movies it explores it’s subject in a completely new and relevant way. Theodore buys and installs a new computer operating system (the OS One) to organise his life, the OS One is an operating system with artificial intelligence; it learns and grows -emotionally and intellectually – as it (or rather she) experiences new things.

Initially helping Theo by proof reading his work (he works at a company that produces ‘hand written’ sentimental letters for people who can’t convey their emotions), and organising his emails, the relationship soon gathers pace. The shy, emotionally scarred and needy Theo quickly develops a strong emotional attachment and a bit of a soft (ware!) spot for his new piece of technology. At the same time ‘Samantha’ (his operating system) begins to learn and experience human emotions – and so their relationship begins develop.

This is a film that manages to cleverly blend two distinct themes, it is a study of love, and it poses some big questions, principally – what is love? It is also darkly comic and laced with satire in it’s portrayal of a world that is increasingly obsessed with technology, where people are more comfortable interacting with their phones and computers than one another – a world that is not too ridiculous to imagine. A stand out sequence is when Theo takes his new significant other on a double date picnic with a work colleague and his human girlfriend. The whole scene is played deadpan – and is genuinely funny. As is a sequence featuring a late night phone sex call with a feline obsessed singleton. Further laughs are to be found in a scene featuring a cheeky computer game character – which offers both low-brow swear word humour and high-brow black comedy satire. The success of this film is the way it subtley blends humour with a genuinely moving study of relationships and love itself.

Theo’s relationship with Samantha doesn’t end well, and this sequence is really rather moving. This is a film that makes you care for and pity the central character so much it is upsetting when the relationship falls a part.

Interestingly I also found myself angry and disappointed that the relationship didn’t work, considering the relationship is between a man and a piece of software (voiced by a actress we never see!) – this is an incredible feat. The film manages to take what seems an utterly ridiculous premise and leaves you rooting for the relationship. Midway through the film scenes where Theo and Samantha go on a day trip to the beach feel…normal, and Joaquin Phoenix makes you believe a man could indeed fall for a piece of computer software. In truth I have not seen such an accurate depiction of the emotional turmoil relationships can produce since the Mike Nichol’s film ‘Closer’

The film is visually stunning; every shot is perfectly composed, and the art direction is wonderful. This is a film that looks and feels futuristic in a way that feels believable. I’ve never been to LA, but I feel as if glimpsed the Los Angeles of the future. Shot in LA and Shanghai, this is a film filled with breathtaking skylines, vistas bloom with sunlight and lens flare can be found in nearly every shot.  Cleverly, and I suspect deliberately, the film looks and feels like a Google advert. It features the same glossy production values that feature strongly in the technology giant’s TV advertising. Plus Theo’s office subtly looks like Google’s HQ, with many of the Google logo’s colours faintly featuring in many shots.

This is a film that takes a leftfield concept and by exploring (ironically) ‘human’ relationships offers a fascinating insight into the human condition and the fragility of love. This film raises some big question about love itself and is moving, funny and entertaining throughout. 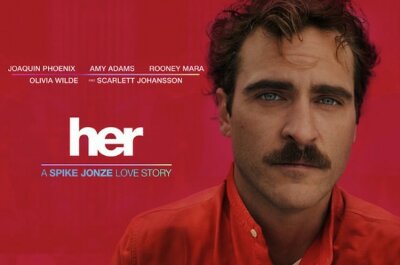 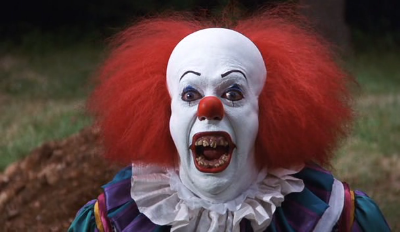 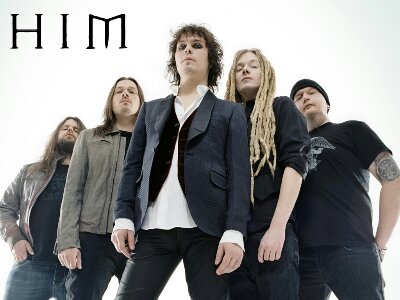 Have you seen Her? Who’s voice would you fall in love with. I have dibs on Joe Pesci – “go get your f**king shinebox”! Let me know in the comments below.