In the past I’ve poked fun about the huge amount of films MovieRob watches and reviews.  I always had a little chuckle to myself at the light-hearted humour.  Then when I started this blogathon I discovered Rob is from Detroit.  It made me sit back and think “Detroit is quite a dangerous place, should I worry about MovieRob?”.  “Nah, that’s silly, he’s probably just your average American dude”.  However as I and soon you will discover, MovieRob left Detroit and became a member of the fucking Israeli Defense Force.  As in, those highly trained killers that don’t mess around.  This lead me to the following mantra which you all need to repeat next time you visit his site – Do. Not. Fuck. With. MovieRob.  Now that i’ve dealt with that, here’s his review 🙂 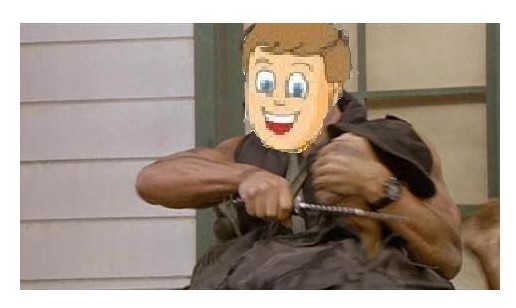 After graduating high school in 1992 at the age of 18, I made a life changing decision and moved from my home in Detroit to study for 1 year in Israel before starting university.

During that year, I got in touch with my roots and decided to volunteer and enlist in the Israeli Army for a one year stint in an infantry unit.

My roots to this country became even more solidified during that year and I decided to make this country my new home for the past 22 years.

There are many movies that have parts that take place in Israel, but my favorite by far has always been this one because the main character like me is an American born Jew who decides to volunteer and join the Israeli Army and the main battle that takes place happens at a place called Latrun , which I pass twice a day to and from work, so you can say I know something about the locations. 🙂

Thanks again to Mikey for thinking of this idea, it was lots of fun doing!

Here’s my review of Cast a Giant Shadow…

“The olive branch hasn’t worked around here since Noah ran the ark into a mountain. ” – Col. David “Mickey” Marcus

Brief Synopsis – A retired US Army Colonel is recruited by agents of the yet to be declared Jewish State to help them form an army in the days before they will declared independence and be attacked by 7 neighboring nations.

My Take on it – As I stated above, I have always loved this movie because of my personal parallels to Kirk Douglas’ character of David “Mickey” Marcus.

The story, although it uses a bit of poetic license is pretty close to the truth as to what really happened and the story is very inspirational about people who have searched their whole lives for something to fight for that they believe in.

I thought it was hilarious listening to famous actors break their teeth trying to use Hebrew phrases.  They got the words right, but they just couldn’t deliver them properly. J

The supporting cast is excellent.  Besides Douglas (who looks so similar to his son Michael) the cast includes Luther Adler, Senta Berger, Angie Dickerson, Haim Topol, James Donald and Gordon Jackson.  There are also even great cameos by John Wayne, Frank Sinatra and Yul Brynner.

The thing that I love the most about this movie tho is the fact that the climactic battle takes place at a site that I pass twice daily called Latrun.

At the time, it was a former British police station, but now it has become a museum for the Army’s armor (tank) corps.  I actually brought my three sons there about a year and a half ago and they had lots of fun climbing on the tanks. (ok, I did too) 🙂

Here are a few pics! 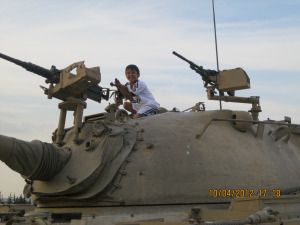 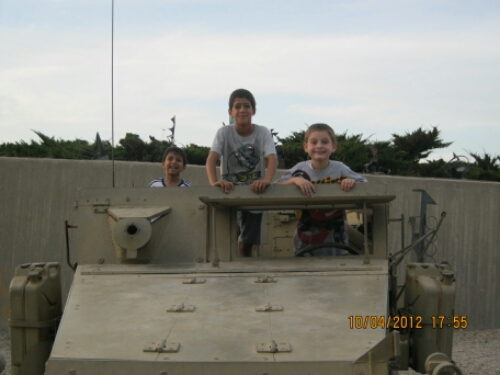 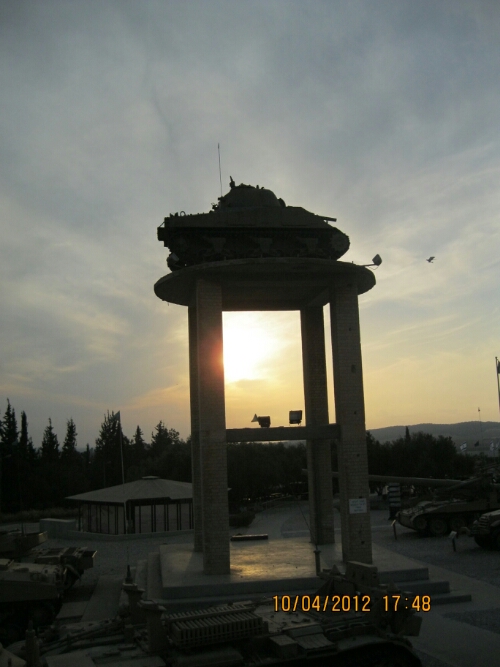 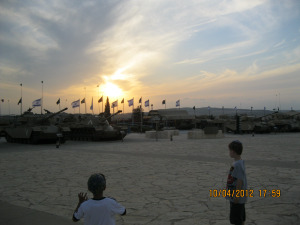 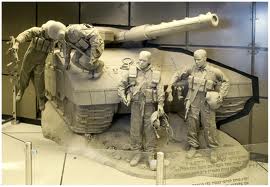 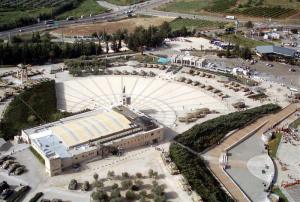 Some pics of the museum itself

It’s always nice to personally know people and places portrayed in a movie. and this is no exception to that.

Thank you, Rob, for an excellent and fascinating post.  I’ve learned a lot from it and the photos are fantastic.  And what an amazing cast the movie has.  If you liked that there will be another entry tomorrow from the Great Satan that is the USA. And if you’re good it might have zombies in it.  Hold on, what’s that sound?  Is that the sound of tank treads and children giggling?  Oh shit, he’s found me!  Nnnnnooooooo!!!!!!