The Apartment (1960) – Review for the Billy Wilder Blogathon

Turns out today is the late director Billy Wilder’s birthday so in honour of the great man I’m taking part in a Billy Wilder Blogathon! Its created and hosted by Aurora (@CitizenScreen) of  Once Upon A Screen… and Kellee (@Irishjayhawk66) of Outspoken & Freckled. Follow them for the best insights into both classic and modern cinema. My choice of Wilder film is The Apartment, a movie I loved when I first saw it, and my favourite romantic-comedy ever. I’ll shut up now and let you read the review. 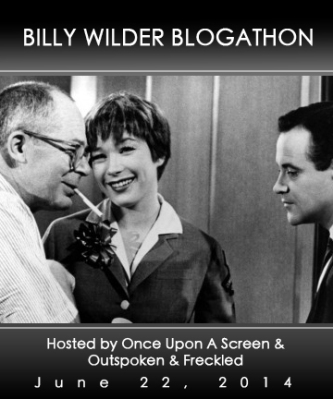 Hey, who here likes a nice romantic comedy? How about one that features attempted suicide, marital affairs, abortion, and goodold fashioned sexism? Wait! Come back! I’m talking of course about Billy Wilder’s masterpiece The Apartment. And if you haven’t seen it then you need to correct this right away. The Apartment was actually the last black and white best picture winner at the Oscars until The Artist in 2011 and it deserved all of the plaudits as you’ll see below.
As I’ve hinted at, this isn’t your typical rom-com. It tells the story of C.C ‘Bud’ Baxter (an excellent Jack Lemmon) who to make his life easier at his job allows his married boss to use his apartment to bang the girl that he is in love with. Yes, that does sound extremely grim and not at all romantic but it couldn’t be further from the truth. 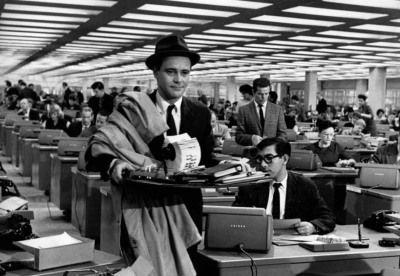 If you’re a fan of Wilder you’ll know that he’s the master of the funny script and finding humour in the strangest of places (look at Some Like It Hot’s (1959) massacre or One, Two, Three (1961) set in post-war Berlin and deals with communism). What could be a dark topic, Wilder provides the funny without being crass or insensitive. And when Wilder teams up with Lemmon you know that magic will take place.
Lemmon’s performance as a down-trodden office drone who abandons his morals just to be close to the woman he loves is perfect. Shirley MacLaine is wonderful as the dream girl Fran Kubelik leaving you in no doubt as to how someone could fall for her. Together they have brilliant chemistry sucking you into the lives of these lowly company employees who are being played by manipulative management types. 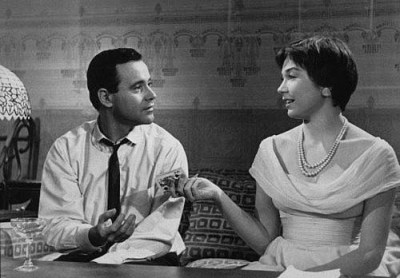 The Apartment is a one of a kind comedy that never descends into schmaltz or any sentimental manipulation. You’ll be rooting for Baxter to get the girl all the way to a classic ending that feels real and is pitched perfectly by a writer/director at the top of his game. If you’re sick of clichéd love stories then this the perfect tonic for you. Watch it!

Check out the rest of the Billy Wilder Blogathon entries here. 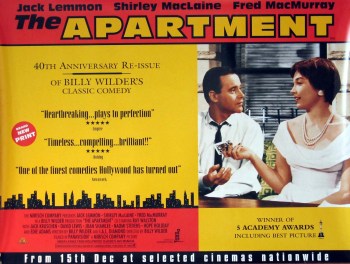 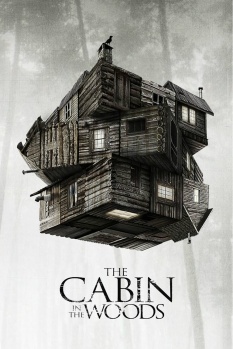 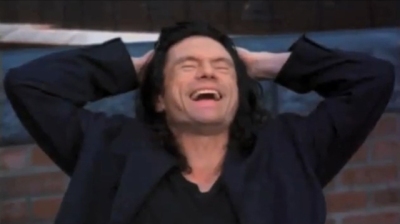