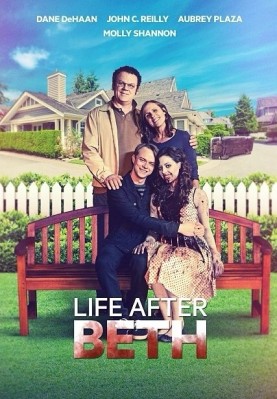 I’m always the first one to admit that I’m sick of zombies. I even wrote a long winded rant about it a while back. So I expect to be called a hypocrite when I tell you that Life After Beth is zombie movie that feels fresh. I was going to write here that it has bite but even I’m not lazy enough for that.

Life After Beth is a zombie indie comedy from debut director Jeff Baenta and stars Aubrey Plaza and Dane Dehaan. The basic plot is that Zach Orfman’s (Dane Dehaan) girlfriend Beth dies before he can say all of the things he meant to say to her. Then mysteriously she comes back. Her parents (played wonderfully by John C. Reilly and Molly Shannon) claim it’s a miracle from God while Zach is closer to the truth with his flesh-eating, killing machine theory. Nevertheless he valiantly tries to rekindle their relationship and be the boyfriend he wasn’t when she was still breathing.

This is a touching, frequently hilarious film about grief, loss, and moving on. Aubrey Plaza as the titular Beth is perfectly cast as the object of Zach’s affections. We only meet her after her death and her increasing zombification is adorable, going from excited puppy to petulant teenager to undead monster and back again. A lot of the humour is derived from Beth’s parents’ willful ignorance of her increasingly bizarre behaviour. Dane Dehaan is also a revelation. We’re used to seeing him as an intensely creepy young man in the likes of Chronicle and The Amazing Spiderman 2 but here he’s completely lovable as the boyfriend who just can’t let go.

Director Jeff Baena really knows how to bring the laughs with a funny, quirky (but in a good way) script that continues to impress even as the film gets to its apocalyptic climax. Minor characters are given great lines including Zach’s assholish community policeman brother who gets the immortal line ‘are you fucking a scarf?’ all the way to the appearance of a surprise guest at Zach’s house. Its also one of the few of these types of films that acknowledges the existence of zombies so we know what Zach fears Beth is becoming.

There are pacing problems at the start and the middle and the message of the film trips over its own shuffling feet but Life After Beth is a funny, heart-warming subversion of the undead genre. Aubrey Plaza is perfect as Beth making you want your own zombie girlfriend at home, even just to help you move heavy things and Dehaan shows a different skill set than usual with a great comedic performance. Together the likeability of the two leads is infectious and amplifies the comedy of the situation. All of this adds up to a rom-com about premature death, something that doesn’t usually lend itself to hilarity.

If you’ve always fantasized about having a sexy undead girlfriend with super-strength, bad breath, and a love of smooth jazz then you’ll love Life After Beth. 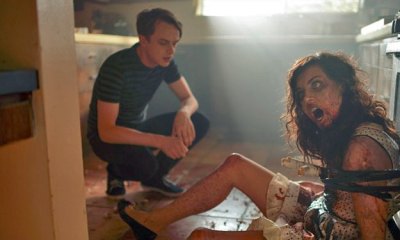 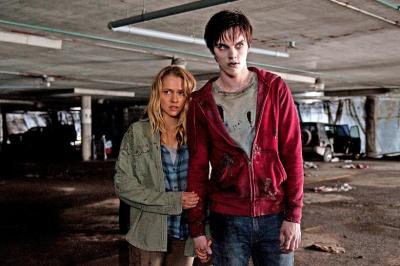 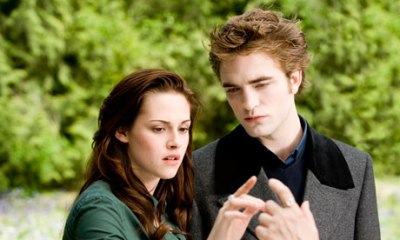