This Dawn of the Planet of the Apes review is special moment for me. The film is the sequel to 2011’s Rise of the Planet Apes which happens to be the first movie I ever reviewed. And I really liked it. So how does the next installment in the monkey vs human saga stack up? I’m happy to report that director Matt Reeves knocks it out of the park.

We pick up the story ten years after Rise in a world where the human population has greatly diminished due to a virus known as ‘Simian Flu’. Meanwhile leader of the ape uprising Caesar has carved out a nice living along with his monkey pals in the forests outside San Francisco. Life is good for the primate tribe until a chance meeting with a group of humans sends them on a collision course with us hairless losers.

The best aspect of Rise was the strong characterisation of Caesar who went from cute, anthropomorphic, intelligent chimp to proud, aggressive, independent leader of the ape uprising. The writers of Dawn realise he was what made the film so successful so focus on how the slightly older Caesar lives the idyllic dream of monkey-kind hanging out peacefully. The apes’ home in the forest is beautifully designed, it’s peaceful and tribal and just feels right. The children are taught by a big friendly orangutan called Maurice while Caesar leads hunting parties with his right-hand ape Koba. I actually wanted to move in right away.

Instead I would be stuck with the humans in a derelict, overgrown San Francisco which takes it’s visual cues from the excellent PS3 game The Last of Us. Power is running low there and desperation is starting to set in. The only hope is a dam which could provide electricity but its in ape territory. Can man and monkey put aside their differences and co-exist peacefully or will human nature take its course and end in war?

Luckily for us its the second outcome. Which is great if, like me, the sight of a chimpanzee riding a horse into battle makes you immediately punch the air with excitement. This is primarily an action flick and the action that comes is beautifully choreographed. I’ve written before about my fear of monkeys so seeing a full battalion of the banana munching primates go apeshit and attack with deadly force is both horrifying and exhilarating.

Despite all of the frenetic violence its the characters that kept me hooked. No, not the humans, they’re fine with a likeable performance from Jason Clarke as the hero of our species. No its the apes that grab you emotionally. Caesar is once again captured perfectly by Andy Serkis (when is this man going to get an acting award?) while Koba (Toby Kebbell) is an absolutely terrifying bonobo with a grudge (never thought I would write a sentence like that!). You’ll be hooked as misunderstandings and mistakes lead to aggression on a grand scale.

There is a message in the film but its a pretty grim one about the nature of states and how war can come from the smallest disagreements and how trust is a fragile part of any peaceful society. Its effectively conveyed by the director, writers, and actors coupled with a kickass score from Michael Giacchino. There won’t be many surprises but then that may just be a comment on the inevitability of conflict. And if you don’t care about all that socio-polotical shoegazing then I’ll point you again to the important bit – damn dirty apes riding horses while firing machineguns. In the immortal words of Gwen Stefani “this shit is bananas”. 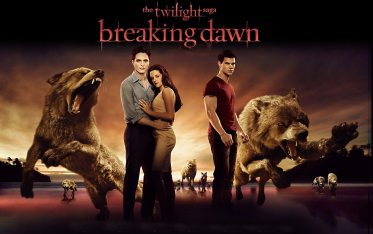