I feel like these days almost every other movie or TV show is made by Marvel Studios. First came a million superhero films like Iron Man, Captain America, Thor, Bananaman, Method Man, and Aimee Mann (some of these may not be real). Now these colourful bastards are infecting television with Joss Whedon’s smugfest Agents of S.H.I.E.L.D, and Agent Carter. The latest hero to make the leap to TV is blind vigilante Daredevil with his own series on Netflix. So what’s it like?

If you don’t already know the story behind Daredevil i’ll give you the short explanation. Matt Murdock is a blind New York lawyer who for some reason has superhuman senses that allow him to kick the shit out of criminals. He runs around rooftops beating up bad guys at night. Basically he’s Batman without the money. Which is apt as the creators of the show have obviously been taking cues from the Christopher Nolan Dark Knight trilogy.

The cast is a mixed bunch. Charlie Cox is likeable enough as the hero of the piece but never fully endears himself to the viewer. Elden Henson as Murdock’s best friend Foggy Nelson gives good comic relief until he turns into a whiny little shit (see below) and Vondie Curtis-Hall is nice and craggy as reporter Ben Urich. Bad guy duties fall to the usually excellent Vincent D’Onofrio who manages to turn The Kingpin into a pussy. I always kloves the character of Wilson Fisk when I read Spiderman. He was a criminal genius who was always ten steps ahead of the heroes but in the TV show he’s a giant paranoid baby. I’m not sure what the writers were thinking here.

Is it any good?

Daredevil feels like a show that a lot of effort has gone into. Each part is directed superbly for a TV show with the second episode being a particular highlight as it contains a scene extremely reminiscent of the corridor fight in Korean masterpiece Oldboy. Unfortunately the quality dips considerably in the second half of the season. Instead of skull-cracking action we get a lot of moping around after Matt falls out with his best friend Foggy Nelson an event that seems to last forever. There’s also more of the incredibly dull Karen Page (Deborah Ann Woll), Murdock’s secretary, a woman who appears to always be on the verge of tears for no discernible reason.

Should you watch it?

If you’re already a fan of the comics you’ll probably get a kick out of seeing Daredevil on TV. The show has a lot of potential if it can sort out some of its main problems. Better bad guys (The Hand?) would be a start and some humour wouldn’t go amiss either. If Daredevil builds on the excellent fight scenes and moody atmosphere it could be great. At the moment its like a less fun Arrow but with blood and people saying ‘shit’. Enjoyable but flawed.

Have you seen Daredevil? How annoying did you find Karen? Have you ever been accosted by a priest on a park bench? Let me know in the comments below. 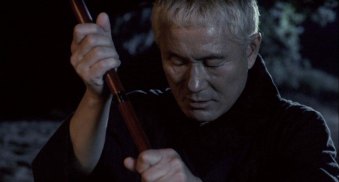