Have you ever thought ‘I think too much’ and then thought ‘dammit, now I get the inherent irony in that’? Well I do. I’ve always got a head full of random thoughts and emotions all fighting to influence the way I behave. Imagine there was a movie all about that. Whoops, made you think again. I think. My head hurts. Here’s a review of Inside Out.

Inside Out is the latest animated feature by the godlike Pixar animation studios. These are the guys and girls who brought us Toy Story, The Incredibles, Up, and loads more modern animation classics. These movies set such a high bar that the pressure on each new production must be immense. However I’m happy to say Inside Out is Pixar’s best film since Up. It takes the idea of personifying the thoughts in our heads and builds a colourful and imaginative world that sucks you in completely.

The movie tells the story of eleven year old girl Riley, who has recently moved to San Francisco with her parents. All of this upheaval is viewed from the perspective of the emotions living inside her. We meet Joy (Amy Poehler), Fear (Bill Hader), Disgust (Mindy Kaling), Anger (Lewis Black), and most importantly of all Sadness (Phyllis Smith). These characters are brought brilliantly to life by both the actors and the Pixar animators. When Joy and Sadness become lost in Riley’s consciousness they must journey back to the main control room of her mind.

Just reading that back to myself I can see that the film seems extremely complicated when written down. Which brings me to my only real fault with the movie – the first third mainly consists of explaining the intricacies of the plot, a plot that young children may struggle with. Its like a cute and colourful Inception. However once the world and its rules are built, Inside Out soars. The movie is packed with lovely little throwaway gags and visual jokes that ensure repeat viewings will be worthwhile. We meet the sub-concious, the dream centre, and even Riley’s old imaginary friend. Each one of these elements is created with such care and invention you’re just getting used to one when another incredible one pops up.

So far so good but what about the trademark Pixar heart, that feeling that sets their films above the competition? Well Inside Out packs a huge gut punch of pure emotion. The story of growing up and the bittersweet aspect of happy memories is captured perfectly by the film-makers. It’s amazing that any film can convey such complex feelings let alone an animated family film. I don’t want to spoil anything but if you don’t at least have a lump in your throat by the end then you may be a sociopath.

Inside Out is a wonderful, intelligent, and heartfelt love letter to happiness, sadness, and the human condition. It has so much for all ages and engages the brain and the heart in a way not seen in the majority of movies. Do yourself a favour and go see it as soon as you can. Inside Out is Pixar back to its best.

Inside Out gets its UK release on 24th July. Look out for an interview with the amazing Ronnie Del Carmen, co-director of the movie coming very soon! 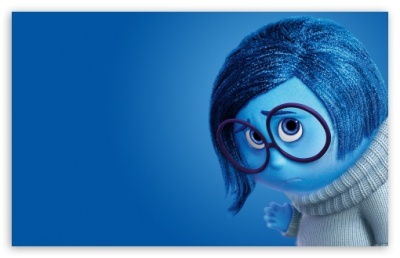 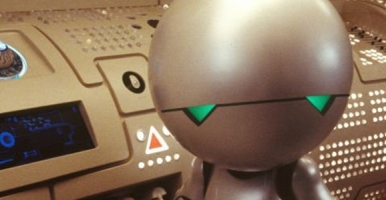