I’m almost certain that you readers have watched Star Wars: The Force Awakens. Everyone’s seen it and the general consensus is that it’s very good. I would agree with that. However my main problem with the film was that it relied too heavily on nostalgia. The plot and characters were identical to those from the previous movies and I felt that the makers played it far too safe. But what’s all of this got to do with Creed, you might be thinking. Well, Creed is a great example of how to revisit a past classic without constantly pandering to the audience. This commitment to originality makes it a great movie. Let me tell you about it.

The film is a sequel to the Rocky movies. It turns out that Apollo Creed conceived a child during an illicit affair but then proceeded to die at the hands of the infamous Ivan Drago. This child named Adonis (it must be a huge risk calling your child ‘Adonis’. What if he grows up to look like Seth Rogen?) is now grown up and wanting to follow in his father’s footsteps and become a professional boxer. This leads him to seek the help of Rocky Balboa with the two forming a familial bond.

It’s an extremely simple concept that could have been boring and predictable but a combination of wonderful directing and fantastic performances make Creed an excellent addition to the Rocky series. Director Ryan Coogler creates such visceral scenes, taking us inside the boxing ring, up close to the pugilists as they beat each other senseless. This is never more apparent than in a boxing bout mid way though the film where the entire fight is filmed in one shot with the camera whipping around the boxers without ever cutting away from the action. It’s a dazzling way to pull you into the ferocity of the sport.

It’s the acting though that gives the movie heart. Stallone gives his best performance in years as Rocky, an old man who has lost his wife and best friend and has more of less given up on life. Michael B. Jordan is a revelation as the young man who gives Rocky a reason to keep going. Whereas it’s the boxing action that immediately catches your attention, it’s the scenes between Stallone and Jordan that will stay with you. Everytime the two are on screen together there’s a natural, easy going chemistry between them that elevates Creed above the likes of Southpaw and other formulaic boxing flicks.

Creed isn’t perfect though. The romance between Jordan and love-interest Bianca (Tessa Thompson) is a bit half-baked. Speaking of Bianca, the film uses too much of her music, which is dreary, melancholic, lounge music that’s mostly terrible. There’s a distinct lack of the classic Rocky music, whether due to a rights issue or a conscious effort to modernise, but a lot more of Bill Conti’s transcendent score would have been amazing.

This complaints are me being purposefully picky. Creed is a great movie that will appeal to old Rocky fans and those new to the franchise. It keeps what was great about the first couple of movies yet brings the franchise into the 21st century. Creed is a feel-good drama that’s poignant while avoiding sentimentality and will have you leaving the theatre punching the air and chasing chickens. The eye of the tiger is very much alive.

Creed opens in the UK on the 15th of January

Have you seen Creed? Are you a Rocky fan? Sly Stallone literally just won the Golden Globe for supporting actor a minute ago. How fast are you at catching chickens? Let me know in the comments below. 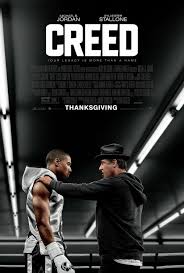 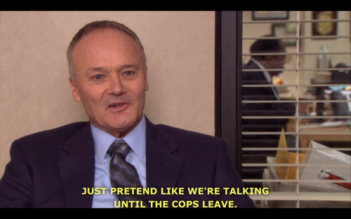 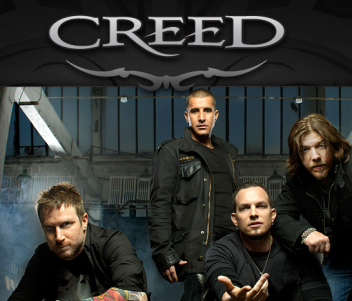