OK, confession time, I wasn’t a big fan of Finding Nemo. I thought I was a bit bland, without a lot of jokes, and mainly aimed at children. I’ve always been more into The Incredibles, Toy Story 2, and Inside Out. These classics were movies that made me feel something while Finding Nemo was never anything more than ‘good’. So with that out in the open I can honestly say that Finding Dory is great. You weren’t expecting that twist were you?

The story of Dory (they call me Rhymemaster Mike) is very similar to it’s predecessor. It’s also a lot like Memento but with a talking octopus but I digress. Forgetful Dory begins to ponder on where she comes from, who her family are, and where they are. This triggers a series of memories resulting in Dory, Marlin, and Nemo swimming off to find them. What follows is an adventure at a sea-life centre that introduces a host of new fishy characters.

It’s worth pointing out that Pixar haven’t gone down the safe route of bringing back all the characters you loved in the original. In Finding Dory there’s a whole roster of new lovable creatures from Idris Elba and Dominic West as cockney wide-boys, er, wide-sealions, to Kaitlin Olsen from It’s Always Sunny in Philadelphia as a friendly, near-sighted whale shark. These animals are voiced wonderfully making them instantly relatable and very funny. I won’t tell you too much but my favourite is Becky. The vibrancy of the new crowd shows up the drabness of Marlin and Nemo, Marlin doesn’t have much motivation and Nemo is very whiny.

It’s great that these newly introduced characters are fun as the story is essentially a retread of Finding Nemo. Due to this it appears that Pixar have tried to cram in as many jokes as possible making the narrative muddled and the pacing extremely uneven. Whereas Finding Nemo was a road-trip movie, Finding Dory is more of a farcical caper with loads of physical humour and contrived situations. It mostly works but I can’t help feeling that in parts there’s just too much going on not allowing the movie to breathe.

These are minor quibbles though. Finding Dory is a joy to watch, it’s visuals are the best that Pixar have ever created. The animation is wonderful (look out for the acrobatics of Hank the septopus) and the colours vibrant bringing a stunning beauty to life under the sea. It has a very funny script and there’s never a dull moment. It may not give you that emotional lump in the throat like Pixar’s best but children are going to adore it meaning if you’re a parent get ready to watch it repeatedly for the next few years.

The UK premiere of Finding Dory is on 18th June in Edinburgh. You can book tickets here. The film goes on UK general release on 29th of July. Look out for an interview with Finding Dory’s director of photography Ian Megibben coming very soon. 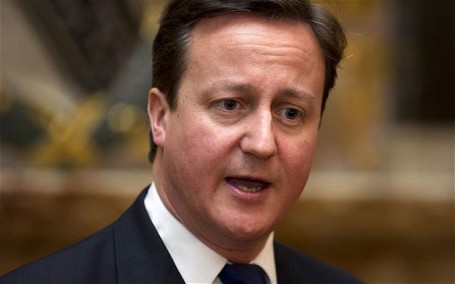