OK, here’s a little game for you all to quickly play. Name one film, that stars a regular Game of Thrones cast member, and isn’t shit. Not easy is it. We had Emilia Clarke in the terrible Terminator Genesys, Kit Harrington in the horrific Pompeii, and Nikolaj Coster-Waldau in Gods of Egypt. It’s not a great record so I was thrilled to discover A Patch of Fog, a festival gem starring everyone’s favourite GOT eunuch, Lord Varys, known to non-Westerosians (I just made that word up) as actor Conleth Hill.

The film introduces us to Sandy Duffy (Conleth Hill), an author famous for writing the classic novel ‘A Patch of Fog’ and now a popular TV personality in Belfast. However Sandy has a secret, he’s a kleptomaniac, stealing little trinkets here and there and enjoying it. Then during one heist (of a pen or something equally worthless) Sandy is caught by lonely security guard Robert (Stephen Graham). Instead of reporting Sandy to the police he offers him a deal – go out for a drink or two with him and he wont expose this celebrity to the world as a criminal. How far will Robert go to make Sandy his friend, and how will Sandy escape the clutches of this strange stalker?

I went into A Patch of Fog expecting a run of the mill Fatal Attraction/Single White Female depressing stalker drama. What I actually saw was a very funny, very dark comedy, about unconventional friendship and the lengths the rich and famous will go to hang on to their adulation. Both the characters of Sandy and Robert are essentially lost and lonely and just happen to find each-other when one blackmails the other. This sets up some very humourous situations where Sandy has to play the part of best friend to the pitiful Robert. Conleth Hill is perfect in these scenes as you can see how generally pissed off he is while frantically trying to come up with a way to escape Robert’s clutches.

The film becomes a hilarious battle of wits between the two men, one wanting a friend, and the other desperate to get away. The chemistry between these two unconventional buddies is electric with each situation they’re in revealing another dynamic about this ‘friendship’.

Another great aspect of the movie that I can’t overstate is that it’s set in Northern Ireland but isn’t in any way about The Troubles. There are no balaclava-ed terrorists, no bombs, and no knee-cappings. The Belfast it portrays is a modern one with normal people and generally a cosmopolitan vibe yet doesn’t hide the less desirable parts of the area. I’m not saying that no film should tackle the sectarian violence the city has suffered but it’s nice to finally see one that isn’t all about that.

A Patch of Fog is an original, dark, funny film that is carried by the chemistry and performances of its two leads Hill and Graham. It’s also a great showcase for Hill, as he’s brilliant throughout with great comic timing and great line delivery. As a pitch-black comedy with a killer twist the movie works brilliantly as the tension and therefore absurdity are ratcheted up right until a very fitting finale. A Patch of Fog is very much recommended by Screenkicker.

A Patch of Fog is released to in select cinemas on 8th July and on VOD on July 11th across all major digital platforms including iTunes, Amazon, SkyStore and Virgin Media. 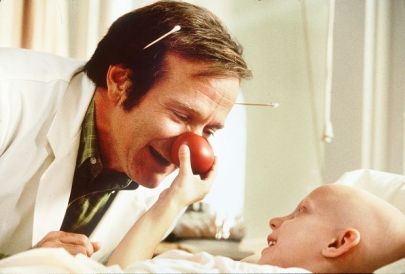