Screenkicker Meets … The Man Who Was Thursday – Cast and Crew

Interview time again but this time with a twist. I’m publishing the audio of my chat with the cast and crew of The Man Who Was Thursday a movie that I enjoyed immensely. I met this motley crew of Europeans at an Edinburgh hotel looking out towards the castle.  You’ll get to hear my ramshackle interview style as we talk about autopsies, pizza, pool parties, and filming in an abandoned mental hospital.

I had the pleasure of meeting the following contributors to this crazy piece of European cinema:

Balazs is from Hungary and is a writer, director, author, and producer. The Man Who Was Thursday is his first feature film. He trained under oscar winning. Before that he worked in the U.S House of Representatives writing speeches!

What can I say about Emanuela? Well, during the interview I had to fight the urge to get down on one knee and propose to her. She’s Italian, absolutely gorgeous, incredibly sweet and brilliant in the movie. Future Mrs. Screenkicker? (in my dreams). 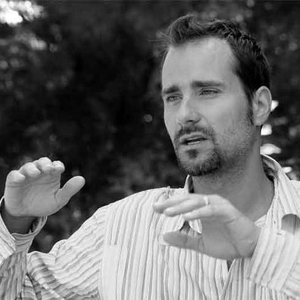 Adam created a stunning score for the film and as you’ll hear also appeared as a DJ in a crazy nightclub scene full of fetishwear nuns.
Enjoy the full un-edited (mostly due to me not knowing how to edit) interview and let me know which you prefer, print or audio. Check out the interview below!!!