Who doesn’t love fish? Millions buy them every year, put them in tanks or bowls, sit back and watch them swim around doing whatever it is that fish like doing. Yeah fish are great but the big question is – would you like to bang them?

If you answered ‘yes’ then firstly you really need to get help to treat this particularly scaly form of zoophilia. Secondly I’ve found the perfect movie for you! The Shape of Water is the latest film from Mexican auteur Guillermo Del Toro, director of classics such as Pan’s Labyrinth, The Devil’s Backbone, and my personal favourite Blade 2. If you’ve seen his work you’ll know he doesn’t do ‘normal’ and The Shape of Water may be his most off the wall flick yet.

Sally Hawkins play’s Eliza Esposita, a mute cleaning lady who lives alone in a strangely Parisian part of Baltimore in what seems to be the 1950s. Eliza works at a government lab where she encounters a humanoid amphibian creature who is imprisoned there by American G-men. She soon forms a connection with the fishman when she realises they are both lonely misunderstood outcasts and plans to free him from his captors. What follows is quite a charming little love story between the two.

Then it happens. Eliza humps fish-boy in her bath.

OK, to be honest the interspecies relationship isn’t why the film lost me. It’s actually one element that given more time could have been interesting and dare I say it – romantic. Instead Del Toro spends more time banging you over the head with a message of tolerance and acceptance of all kinds of people whether they have gills and a retractable dick or not. There’s no room to form these thoughts on your own as the movie basically shouts them in your face. There’s also no room for the Eliza and Fish-face’s relationship to build as it’s pushed aside by subplots involving Russian spies and Richard Jenkins in a wig. 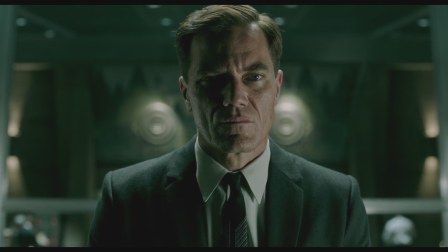 What is great about The Shape of Water is the central performance by Sally Hawkin’s. She out-performs the rest of the cast easily without ever uttering a word. Eliza is sympathetic and endearing without being overly sentimental or schmaltzy. It’s a tough trick to pull off but she handles it beautifully. There’s also Del Toro’s trademark world-building to admire. The movie combines industrial dreariness with Art Deco to give it a distinct style. Clearly Guillermo has been playing a lot of Bioshock.

What we have here is an initially captivating piece of work that critics will adore despite its many flaws. For me The Shape of Water is big disappointment. What could have been a sweet, understated, fable about two lost souls connecting becomes farcical and too enamoured by its own quirkiness and message. The movie is essentially Amelie meets Free Willy if Amelie slept with the whale (insert your own jokes about humpbacks and sperm whales) when it should have been much much more.

I liked it better when it was called Splash.

What do you think? Did you enjoy The Shape of Water? Have you ever slept with the fishes? Actually don’t answer that. Let me know in the comments below! 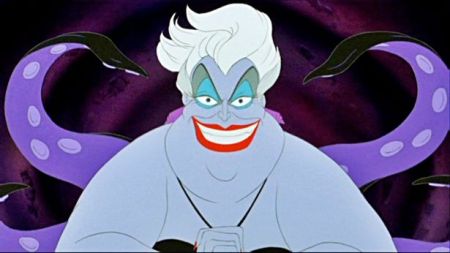