Time for a new feature which may or may not only have one edition. However I suspect we’ll never run out of the rich and famous talking shit about things they have limited knowledge of. First off we have the legend that is Steven Seagal, a man with a black belt in both Aikido and whispering. So what has SS been running his mouth about?

I’m no expert in world geo-politics but the last person I would let advise me about it is Seagal. But that hasn’t stopped him talking about the situation in the Ukrainian region of Crimea in an interview with Russian newspaper Rossiskaya Gazeta. Seagal describes Russian President and topless equestrian Vladimir Putin as “one of the greatest living world leaders”. Adding to the ass-kissing he goes on to say that Putin’s “desire to protect the Russian-speaking people of Crimea, his assets, and the Russian Black Sea military base in Sevastopol… is very reasonable”. 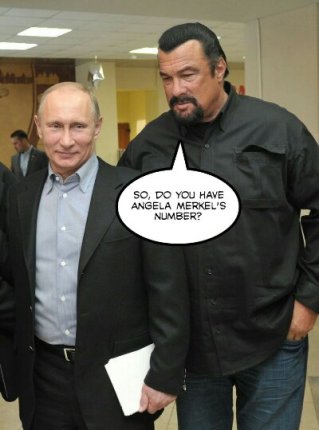 Apareently the two macho men bonded over their love of martial arts. Look out for a movie with the pair of them as a mismatched pair of cops getting involved in all sorts of zany adventures. If only someone had the skills to create a shitty photoshopped poster. 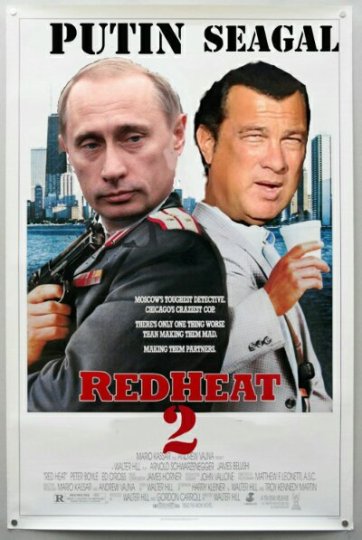 Whatever your opinion is of the Russian annexation of Crimea I think you’ll agree that Seagal isn’t the go to guy for expert political analysis. I wonder what Van Damme thinks?