If you’re a PlayStation 4 owner like yours truly you’ll probably know that the remastered version of PS3 classic The Last of Us was released yesterday. To celebrate that fact here’s something I wrote about how The Last Of Us beat Hollywood at its own zombie game. Let me know what you think.

That’s a long title so let me explain. I recently watched World War Z, the massively budgeted zombie blockbuster, and all the way through I couldn’t shake an uncomfortable feeling. No it wasn’t that Glasgow was standing in for Philadelphia, it wasn’t the fact that Malcolm Tucker showed up near the end, it was a feeling that I’d seen this done better recently. 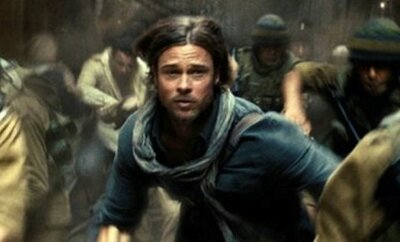 Then it hit me: this is a poor version of The Last of Us, the amazing post apocalyptic Playstation 3 game. At this point I realised that video games have reached the cultural peak that allows them to compete with cinema. So how do the two measure up?

Both pieces of entertainment start with an enormous outbreak of diseased flesh eaters. WWZ’s zombies are standard issue apart from their sheer speed while TLOU goes for a devastating fungal infection (also…